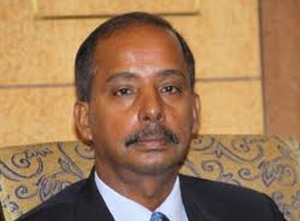 “MIC and Nadarajah must apologise to the Malaysian public for their misleading conduct” says M. Kula Segaran,  the Member of Parliament for Ipoh Barat and the DAP National Vice Chairman. His statement is reproduced below.

It’s widely reported that only some 300 people flocked to the Batu Caves temple to protest against a proposed high-rise development project yesterday. The attendance fell way below the organiser’s grand 100,000 target.

The two 29-storey condominium project was approved by the Barisan Nasional-led Selangor government in 2007.

It is obvious that even the attendance of former MIC president Dato Seri Samy Velu together with the Temple President Dato Nadarajah was not able to bring the sea of people as targeted.

Why so few people attended?

In fact the present MIC President Dato Palanivel had openly asked for protests all over the country but his call has failed miserably.

I am convinced the Malaysian public is aware who actually is the problem and has caused this unnecessary “headache” to Murugan temple of Batu Caves and to the Hindus of this country.

For many years the Batu Cave lime stone area was authorised by the BN state Government for quarrying. The temple committee’s open objections and protest fell on deaf years. Finally, quarrying activities were endangering the temple and its surrounding.

In 1990, YB Lim Kit Siang and Sdr. A. Sivanesan from the DAP led a protest and it was then that the BN State Government finally revoked all quarrying licences on the Batu Caves area.

Who approved the planning?

The BN was the party running the Selangor Government in 2007 when the developer applied for the planning approval to develop the said land. The Selayang Local Council was the approving authority for this project.

At the material time, the present Deputy Foreign Minister A Kohilan Pillay was a councillor with 4 more from the MIC and many more from the BN Coalition.

The councillors had the full authority to approve or reject this planning submission.

What did they do?

They approved the project. Kohilan now has the audacity to say publicly that what was approved in 2007 was only a planning permit. Even then, why Kohilan did became a party to that blanket planning approval? What is so special about this project that he claims only planning approval was given without knowing what was to be developed? Given at that material time there said to be objections from other agencies but the BN councillors proceeded and approved the application.

The BN Councilors are guilty for the wrong done to the Batu Cave Murugan temple and the Hindu community. They and the BN government must be held responsible for their mistake.

MIC should also reveal openly who were their appointed councillors who made the decision to approve the condo project.

Blaming Pakatan Rakyat government is misleading the public and hiding the truth.